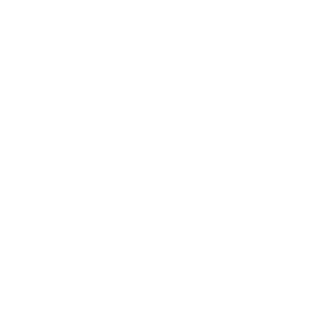 The objective of the Program is to maintain and improve the independence and quality of life for members of the veteran community by providing funding for projects that support activities and services to sustain or enhance health and wellbeing.

The Veteran and Community Grants (V&CG) program offers opportunities for both the veteran and broader community to participate in, and benefit from, projects that support healthy lifestyles, enhance quality of life and assist veterans and war widows/widowers to remain in their own homes as long as possible.

There is $2,360,000.00 available for this financial year. There is no minimum or maximum grant amount.

The Veteran and Community Grants program is intended to:

The Community Commemorative Grants (CCG) are designed to provide funding for local community-based commemorative projects and activities that directly commemorate the involvement, service and sacrifice of Australia’s service personnel in wars, conflicts and peace operations.

Grants up to a maximum of $4,000 are available for local, community-based projects and activities.

Some examples of CCG projects/activities include restoration of an honour board, purchase of a display cabinet for military memorabilia, and installation of a flagpole to display the Australian National Flag on days of commemoration.

The list below provides a guide to eligible grant projects and activities:

The objectives of the Saluting Their Service Commemorations Program are to acknowledge and commemorate those who served Australia and its allies in wars, conflicts and peace operations. The Major Commemorative Grants category of the program is available to fund commemorative projects that have a national, state or territory focus.

These are grants for major commemorative projects/activities that are significant, from a national or state/territory perspective.

MCG grants have a much wider focus than the local Community Commemorative Grants (CCG) category, and must be of national/state/territory importance and relevance.

MCG projects and activities are targeted at a national/state/territory audience, and have a broader impact than the local community. MCG grants are usually over $4,000, with no set maximum grant amount for this category. However, overall program funding is limited, and value for money is considered in the assessment process.

The objective of the CCCF Special Circumstances Grant Opportunity is to support continuity of child care, in particular in disadvantaged or vulnerable communities, where service viability is affected by an unforeseen factor outside the control of the service.

The objective of this grant opportunity is to support small businesses across Australia to have their cyber security tested by a CREST approved provider.

The Family Support Funding Program (FSFP) provides grant funding to community organisations who can deliver support and services of value to Defence families and the community they live in.

Any incorporated not-for-profit organisation can apply for an FSFP grant, provided they can demonstrate their commitment and ability to deliver local community programs or projects with a strong focus on supporting Defence families and the Defence community.

Single-year grants are the default arrangement. Organisations wishing to be considered for multi-year funding must have demonstrated track record of strong governance.

Applications will be prioritised according to how strongly they meet the aims and selection criteria.

The objective of this assistance measure, provided under the disaster recovery funding arrangements, is to support communities to recover after an eligible disaster. The Essential Working Capital Loans Scheme provides concessional loans to non-profit organisations who have suffered a significant loss of income as a result of an eligible disaster. Loans are provided for continuing the normal operations of the non-profit organisation. Available funding: The maximum loan amount is $100,000; and

How funding may be used: Loan funds provided are to be used as essential working capital, this includes:

Loan funds are not provided to:

The objective of this assistance measure, provided under the disaster recovery funding arrangements, is to support communities to recover after an eligible disaster.

The Disaster Assistance Loans Scheme provides concessional loans to non-profit organisations whose assets have been significantly damaged as a direct result of an eligible disaster.

Non-profit organisations whose assets have been significantly damaged as a direct result of an eligible disaster may be able to access low interest loans of up to $100,000.

Loans are provided for re-establishing the normal operations of the non-profit organisation.

What assistance is available?

Loan funds are provided to re-establish normal operations, this includes:

Loan funds are not provided to compensate for loss of income suffered as a result of the disaster.

To reduce the cost of training, the following early childhood skill sets are available to educators with a Certificate lll or higher qualification through the Queensland Government’s Higher Level Skills program:

To provide financial assistance and fast-track the careers of eligible Year 11 or 12 students who are interested in becoming teachers.

Are you completing Year 11 or 12 in a Queensland state school in 2019 and considering becoming a teacher? You may be eligible to receive financial assistance and fast-track your career by studying part of your teaching degree while you are still at school.

There are many benefits to starting your teaching degree while you are at school:

When you have been accepted into the eligible program and selected your unit/s of study, your school will need to complete the Future Teachers Bursary application form on your behalf.

The Maker Projects element aims to foster creativity and inquiry based learning in Australian schools and communities through the establishment of:

Match Funds and Website Grants aims to help charities turn their websites from a brochure site into a data-driven website, marketing and fundraising tool.

Titan mentorship is looking to buddy up Titans with charities where they could make a real difference to a particular challenge your organisation is facing.

Individuals not in employment, education or training who are interested in running their own business may be eligible for New Business Assistance with NEIS.

There are 8,600 places available nationally each year, delivered by a network of 21 NEIS providers.

Born from the need to assist women and families during times of crisis, the Public Rural Crisis Fund has been an initiative of the Queensland Country Women’s Association since 1990. This fund not only supports families suffering from drought, flood or fire but is for all families experiencing any type of crisis.

The Sport and Recreation Disaster Recovery Program (program) supports not-for-profit sport and recreation organisations with funding to re-establish their facilities and activities after extreme natural events, including flooding and associated damage.

With One Voice Community Choir Start -up Grants

The purpose of this grant is to enable individuals and community groups to develop sustainable With One Voice Social Franchises through establishing a community choir.

Creativity Australia is offering grants of up to $10,000 to people or groups who are wanting to start their own With One Voice choir. Only 10 of these grants are available, and all must be awarded before 30 June 2019.

Applications will be assessed on a first-come basis. You are encouraged to submit your application as soon as possible.

Local community groups, social businesses and not-for-profits wanting to promote social inclusion and tackle loneliness, isolation, depression and disadvantage in their community are invited to apply.

Youth Jobs PaTH (Prepare-Trial-Hire) is a flexible program that prepares young people for work and makes it easier for businesses to find great employees. You can trial a young person for 4 to 12 weeks in an internship so you can both be sure they’re the right fit for your business. And because the trials are voluntary, you know they are motivated and eager to work.

If you would like to find out more about our products and services, and also the benefits of joining Community Management Solutions, we would love to hear from you.

Scroll back to top